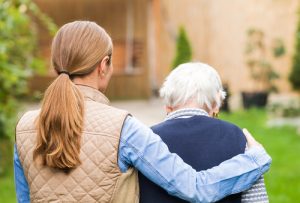 Early-onset dementia is a difficult condition to navigate. Whether dementia affects you or a loved one, you want to do everything in your power to respond appropriately. This starts with understanding what the condition is along with what its types, causes, and symptoms are. Keep reading to learn more about early-onset dementia so you’re equipped with the knowledge you need to seek out the best possible care.

Dementia is an overarching category that includes various symptoms related to cognitive decline—such as memory loss, difficulty with language, and behavioral changes. This condition affects millions of Americans each year in increasing numbers. Dementia can either develop on its own or be caused by more serious conditions, such as Alzheimer’s disease.

Alzheimer’s is a brain disease that falls under the dementia umbrella. It’s characterized by dementia symptoms that worsen over time. As the most common type of dementia, Alzheimer’s currently affects over 6 million Americans. By 2050, roughly 12.7 million people aged 65 or older are expected to be diagnosed.

Early-Onset Dementia affects adults younger than 65 years of age. It’s common for people with early-onset dementia to present one or more of the following signs and symptoms:

These signs aren’t always easy to detect, especially in the beginning stages of dementia development. That’s why it’s crucial to be aware of behavior changes and know what to do when you detectthem.

Another term used to describe early-onset dementia is young-onset dementia. This condition can be difficult to diagnose because its symptoms are less apparent in younger adults.

Young-onset dementia is associated with five primary causes and symptoms:

Mild cognitive impairment (MCI) describes the period between natural cognitive decline in adults and the development of dementia. This condition is a warning sign that dementia is on the horizon.

MCI may be accompanied by one or more of the following conditions:

If caring for a loved one with dementia or Alzheimer’s has become more than you can handle, Terra Vista is here to lend a helping hand. We’re an all-inclusive memory care assisted living community that provides 24-hour personalized memory care services to help your loved one feel right at home. You’re never alone in this process. Terra Vista is there to help you and your loved one every step of the way. Schedule a consultation today to speak with a memory care expert about your next steps.