HomeBlog Its Time to Man Up

Its Time to Man Up 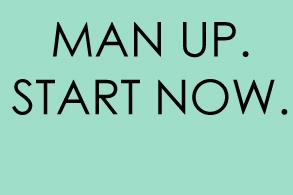 March is “Women’s History Month” and with that have come numerous online posts and articles about famous women in history, from Rosa Parks to Christa McAulliffe.   Although women have been making history since the existence of mankind, often their stories are given little recognition or not even told.   Currently, there is a large group of women whose stories need to be told; A group that is gaining more members every day, at a rapid rate.  These are the women affected by Alzheimer’s disease.

Earlier this month, The Milken Institute released a report , “The Price Women Pay for Dementia Gender Disparity and Economic Costs”  which noted that of the over 6.4 million Americans currently diagnosed with Alzheimer’s, 4.2 million are women.  That is roughly 2/3 of all cases.  The same holds true for the personal caregivers. The Alzheimer’s Association estimated there were 15.5 million caregivers with over 2/3 being female.  Do the math and it comes to 14.5 million women who are directly affected by Alzheimer’s!  And that is just in the United States.

This probably comes as no surprise for anyone.  In pretty much every culture, women are the nurturers and caregivers. Of course, this stems from motherhood.
An article from  The Shriver Report: A Woman’s Nation Takes on Alzheimer’s states that “More often than not, women report stepping up to become the caregiver because no one else in their family will do it, and 40 percent of them say they had no choice.”  ()  The article goes on to say that “One-third of female Alzheimer’s and dementia caregivers are part of the Sandwich Generation, with children or grandchildren under the age of 18 living in their homes; as a result, women face a double burden. ”

As more research is being done on Alzheimer’s and all that goes in to caregiving, studies are beginning to show the effects it has on women.  The Milken Institute recently released their findings from a study they did.   Ross DeVol, the institute’s chief research officer and an author of the report, states “Clearly, if we don’t change the current trajectory by delaying the average age of dementia onset, slowing its progression and severity, and ultimately, finding a cure, the human and economic toll on women, their families and society will be immense”.  He goes on to say “In addition to the financial incentive for narrowing gender disparities, there is a moral obligation to do so. Such a gender-related health disparity works to aggravate other economic disparities for women and impairs quality of life for all.”  Co-author and Milken Institute research analyst, Sindhu Kubendran, added that “It exposes an insidious impact that is often overlooked or ignored: the gender disparities that women suffer as patients and caregivers, and the particularly intensive role of the dementia caregiver.  “As it stands, preexisting societal norms often result in women becoming the default caregivers who must grapple with insufficient support and the extraordinarily difficult demands of dementia care.”

Our society has gone through some big changes over the past several decades.  Inequality has been fought and defeated on many fronts.  .  The notion that women are “better suited” for caregiving is antiquated and detrimental to us all.  As a whole, more men need to step up and share the responsibilities that come with caring for a loved one with dementia at home.