HomeBlog Why I Advocate – Part 1 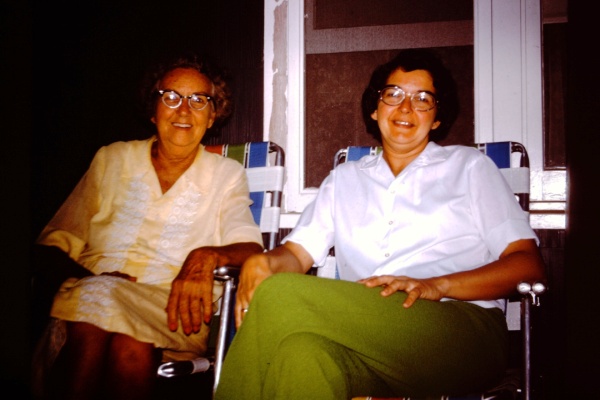 I’m often asked how I got involved with Alzheimer’s care, both professionally and politically.  The reason is personal.  My Grandmother developed dementia when I was still a teenager.  My mother, her only child, was in her 40’s.  Our family lived on the East Coast and we would make the trip down to see my grandparents in Miami a few times every year.  Because of long distance, my mother was not there routinely enough to notice significant changes in grandma’s behavior were occurring.

Grandma was physically healthy and strong.  A stubborn German woman who spent her life cooking, cleaning, sewing and making sure my grandfather, who we affectionately called Pops, was well groomed and fed.  Pops was a private chauffeur for the wealthiest of families on the East Coast and Grandma took care of the domestic matters inside their mansions.  In their retirement they moved to Miami where Pops still maintained the car and the lawn and grandma took care of all the rest. The only difference was the size of the house and the price of the car.  They were married for 60 years.   Pops’ love for grandma was unwavering.

Maybe it was because of his love for her that he did not want to admit that she was becoming a stranger to him.  Her confusion would often keep her up at night.  Sometimes she would walk through the house undressed.  She had moments of hostility and paranoia.  I am not clear as to what event led up to the phone call that my mother received from my Grandma’s neighbor one day.  They called to inform her that Grandma had been taken to the hospital.  During her stay at the hospital she actually eloped, or walked out, hospital gown and all, to wander the streets of downtown Miami.  Thankfully she was located unharmed and blissfully believed her adventure had taken her on a fishing trip.

It was at that point that my mother made the difficult decision to move her parents a thousand miles away from their home to live with us.  I am quite sure that Pops was heartbroken to leave his immaculate bungalow and the life that he had created with grandma.  I am also quite sure, although I was not privy to those private conversations that my mother was scared and my father was apprehensive about this decision to cohabitate.  My mother worked alone in getting their affairs together in order to make the move.  She coordinated selling the house, packing possessions as well as selling and donating belongings.  During the 1980’s, relocation companies weren’t prevalent nor were community resources for those dealing with Alzheimer’s disease.  The move itself was stressful.  My brother and I drove the moving truck while my mom and dad drove my grandparents.  At one point during the road trip by grandmother left her purse in a rest area.  She attempted to open the car door as they drove down the highway in an effort to go back and search for it.  Although her memory eventually let her forget the rest stop she still knew that the purse she carried was no longer in her possession. Someone must have stolen it. That became her focus and her obsession until a new purse eventually took its place much later.

For a few reasons, I did not know my grandma as well as my siblings had known them.  I was the youngest, we lived miles away and Alzheimer’s dementia stole the person my grandma had been.  When my grandparents moved in I was still living at home and going to school.  My parents both worked.  During the day my mom hired a “sitter” through a home care agency to keep them company and make sure they ate lunch.  The title of “sitter” was very befitting as that is what she did, sit.  When I would arrive home after school I would find the sitter sitting and within minutes she would depart, leaving me alone in the afternoon with my grandparents.  Anyone that has experience with Alzheimer’s knows that the afternoons can be a tumultuous time of the day.  Remember, very little dementia education was available back then. There was no internet and no one I knew had ever said the word Alzheimer’s much less understood and knew the term sundowning. (To Be Continued…)

Check back on Friday, April 8th to read the rest of Nancy’s story.